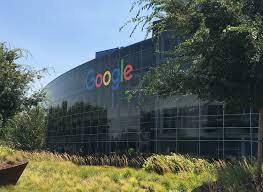 Alphabet (NASDAQ:GOOGL) (NASDAQ:GOOG) is the parent company of Google, the world’s most dominant search engine. It will be impossible to believe if anyone said they have never heard of Google.

Here are some of the highlights from its latest stellar earnings.

The advertising giant reported its fourth-quarter revenues at $75 billion, up 32% from the previous year’s quarter.

This top-line growth is a significant boost over the 23% growth that Alphabet reported in 2020. Indeed, it is growing even faster than its pre-pandemic growth rates.

In terms of its segmental performance, Google Search & other revenues increased $44.9 billion (43.2%) to $149 billion while YouTube ads revenues increased at an even faster rate by $9.1 billion (46%) to $28.8 billion in 2021. The overall growth was driven by interrelated factors, including increases in search queries resulting from growth in user adoption and usage. This was primarily happening on mobile devices. The company also experienced growth in advertiser spending. And there were improvements made in its ad formats and delivery.

On the other hand, non-advertising revenue increased by $6.3 billion (29%) to $28.0 billion. The growth was primarily driven by an increase in paid subscribers for YouTube’s subscription packages like YouTube Premium, its hardware and Google Play fees.

In terms of its hardware segment,  the revenue growth was driven by sales of Pixel 6 and Pixel 6 Pro, as well as its acquisition of Fitbit.

Lastly, another lucrative growth driver for Alphabet is its cloud business. The revenue increased by $6.1 billion (47%) to $19.2 billion.

The advertising giant reported its fourth-quarter revenues of $21.9 billion, up 39.5% from the previous year’s quarter.

Currently, the only profitable segment for the company is its Google Services, which is the core advertising business. The other two segments, namely Google Cloud, and Other Bets are still operating at losses. However, what is comforting for investors to know is that the operating loss incurred by Google Cloud is narrowing.

Management said in the earnings call that they remain focused on the longer-term path to profitability. This means its operating loss and operating margin should benefit from increased scale.

One way that Alphabet plans to further monetise YouTube is through the platform’s e-commerce opportunities. For instance, it is now easier for viewers to buy what they see on YouTube advertisements. Moreover, it is also simpler for advertisers to drive action with innovative solutions like product feeds in Video Action Campaigns and emerging formats like live commerce.

With the greater success of using YouTube for e-commerce advertising, more brands and businesses might start to adopt YouTube as an integral part of their marketing strategy.

This strategy may just be the perfect response to Amazon’s encroachment into its advertising space.

Amazon’s advertising has a key advantage right now over Google. This is because advertisers may prefer to place ads directly on an e-commerce site, where consumers may already be thinking of making a purchase.

Over the past year, Alphabet returned $50 billion to its shareholders in 2021 in the form of share buybacks. Coupled with its increasing margins, the earnings per share (EPS) surged 38% to $30.69 per share.

The Board of Directors had declared a 20-for-one stock split, which will take place on July 15, 2022. For every Alphabet share that investors have now, they will receive an additional 19 shares.

The stock split will make Alphabet’s share price more accessible to retail investors.  This is because we can now invest with a smaller capital since it takes much less to buy a single share of the company.

The lower price per share also might allow Alphabet to be included in the Dow Jones Industrial Average.

As we continue to see more commerce being transacted online, I do not doubt that the digital advertising leader will continue to thrive.

The company has developed applications that have brought huge utility and convenience to our lives. Few, if any companies, enjoy as strong of a competitive advantage as Alphabet.  Its products like Google Search, YouTube, Android and Chrome are all highly valuable assets for the company.

Therefore, I am still optimistic that Alphabet Inc will continue to have greater influence in our lives moving forward.