Power Assets Holdings Ltd (SEHK:0006) is one of the largest investor in power and utility-related businesses. The company has a global portfolio of utility assets from United Kingdom, Australia, New Zealand, China, Netherlands, Canada, Thailand, and Portugal.

Power Assets Holdings is majority owned (38.87%) by CK Hutchison Holdings Limited, linked to none other than the billionaire, Li Ka-Shing. It is listed on the Hong Kong Stock Exchange.

However, in recent years, Power Assets has grown from a Hong Kong electricity supplier to a global player with investments in energy transmission and distribution across four continents. And this was demonstrated in their recently pared down stake in Hongkong Electric Company to an investment holding company wholly owned by Qatar Investment Authority for over HK$7.6 billion. At the end of FY2015, Power Assets only had a 33.37% stake in the company.

Today, Power Assets Holdings can be seen more as an investment holding company, with significant stakes in some of the world’s major utilities corporations.

Here are some details of their key assets in the United Kingdom and Australia:

United Kingdom
• UK Power Networks – 40%
UK Power Networks owns and manages 3 out of the 14 regulated electricity distribution networks in the UK. Combined with other private networks managed, the company has a total of about 187,300km of network length and services more than 8.2 million customers.
• Northern Gas Networks – 41.29%
Northern Gas runs one of the 8 regulated gas distributed networks in the UK. The company transports about 13% of the UK’s gas, serving about 2.7 million customers.
• Wales & West Utilities – 30%
The company distributes gas to about 2.5 million customers in Wales and South West England.
• Seabank Power – 25%
Seabank Power is a power generation company with two power plant. In total, the company has an installed power of 1,134MW. 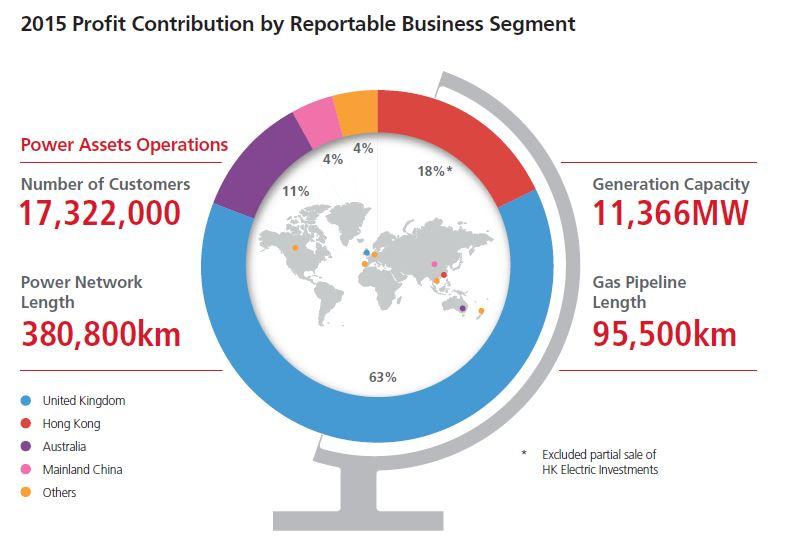 After disposing of its majority stake in Hongkong Electric Company, Power Assets Holdings is now sitting on more than HK$68 billion in cash and just HK$9.4 billion of debt. The company has no limitation on where is can make its investments. Therefore, the company has the flexibility to reinvest these cash into higher return projects globally.

Interestingly, over 94% of their FY2015 top line revenue of HK$1.3billion was generated from interest income! Generally speaking, that is the interest earned from their cash from their Cash and Equivalents held in their bank accounts.

Additionally, in Power Assets Ltd Annual Report 2015’s Chairman’s Statement it was stated, “If no sizable investments is expected by the upcoming Annual General Meeting, a Board meeting would be convened to decide on the payment of a special dividend“. That might be something that existing shareholders might be looking our for!

Demand for energy is still growing. It is expected that electricity demand would rise more than 66% from 2011 to 2035. Moreover, this growth might be even stronger in developing nations. With a strong balance sheet, Power Assets has the luxury to find the best possible investment out there for shareholders.

And this also includes development in renewable energy. In 2015, Power Assets acquired Iberwind, a major wind energy developer in Portugal adding to the Group’s wind energy portfolio in China.

Now that it has sold off its majority investment in Hongkong Electric, the company has very low operating expenses.

There is no significant cash flow needs for its operation and its business model of taking minority investments in multiple assets is highly scalable.

That being said, since the company no longer has any operating business, its financial statements have a lower degree of information from an investor’s point of view.

Why so? Essentially, we are not able to easily ascertain the operating and balance sheet strength of its investments. As investors, we are reliant on what management disclosure policy.

As Warren Buffett said “Risk comes from not knowing what you are doing” and with less clarity in the business, it might be ‘riskier’ from that perspective.

The major shareholder of Power Assets has the plan to merge their two listed units; Cheung Kong Infrastructure Holdings and Power Assets Holdings.

Although the plan has been rejected by minority shareholders (given that both companies are in the same industry with similar shareholders), shareholders might have to pay more attention to related party transactions.

Coincidently, it was reported that Li Ka Shing had been trimming his property portfolio in China over the last few years. I guess we all know that Li Ka Shing – one of the most savvy businessman around has a reputation for always coming out better for most of his deals! 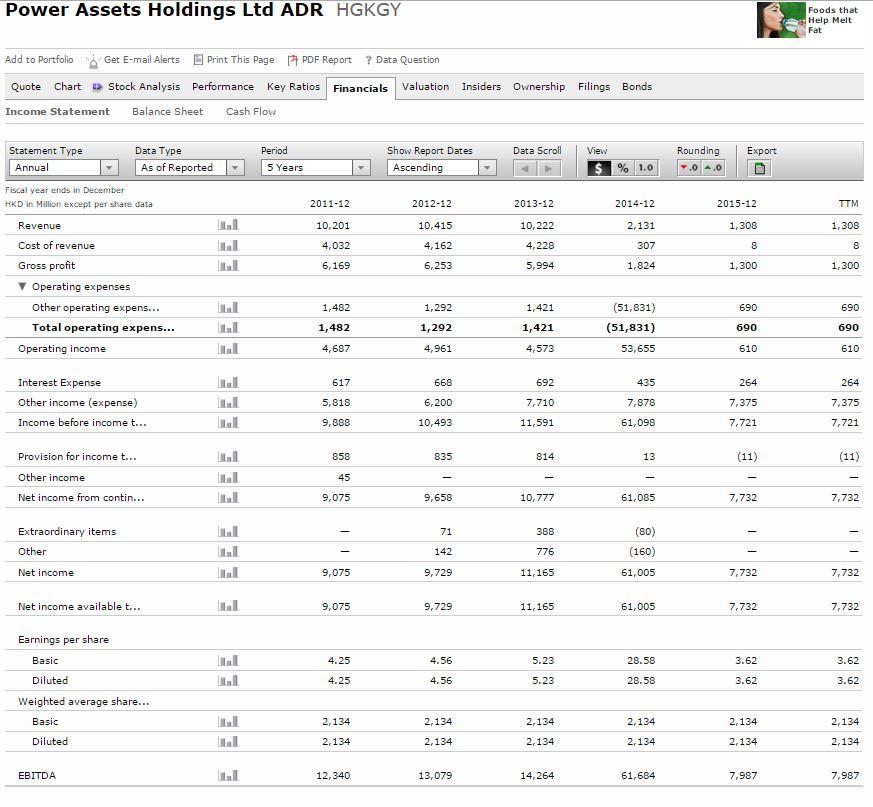 We will only provide you with information relevant to value investing. You can unsubscribe at any time. Your contact details will be safeguarded The information provided is for general information purposes only and is not intended to be any investment or financial advice. All views and opinions articulated in the article were expressed in Value Invest Asia capacity and do not in any way represent those of our employers and other related entities.