OUE Hospitality Trust (OUE H-Trust) invests in hospitality based properties in Singapore. It was listed on 25 July 2013 with an initial portfolio of 2 assets: Mandarin Orchard Singapore and Mandarin Gallery. Both assets are located at Orchard Road, the shopping district of Singapore. Subsequently, in 2015, it has completed its acquisition of Crowne Plaza Changi Airport, enlarging its portfolio to 3 properties. As at 31 December 2016, OUE H-Trust’s portfolio of properties were valued at S$ 2.21 billion.

In this article, I’ll list down 10 quick facts that you need to know about OUE H-Trust before you invest:

Here are the details of properties owned by OUE H-Trust: 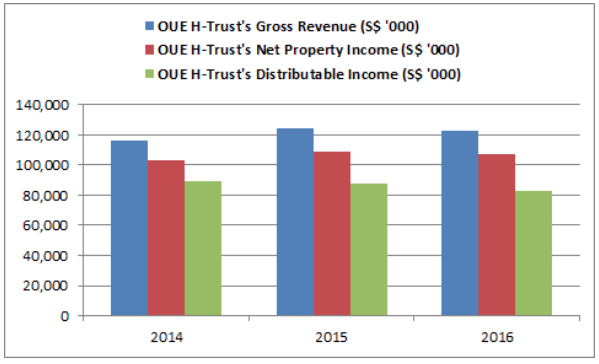 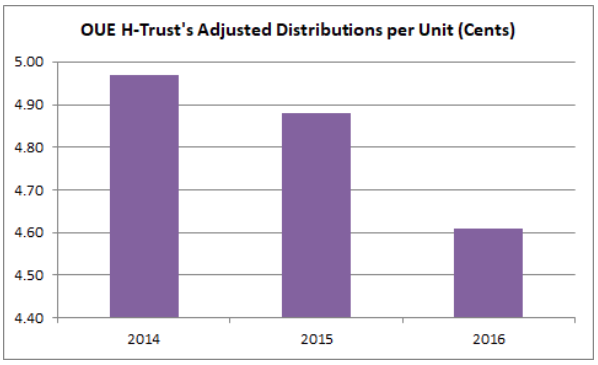 There is no major acquisition or disposal announced by OUE Hospitality Trust.

OUE Ltd is the sponsor of OUE H-Trust. Presently, OUE H-Trust has been granted Rights of First Refusal (ROFR) to two hospitality based properties. This includes Meritus Mandarin Haikou and Meritus Shantou China. Both hotels have 318 rooms each and are located in China. 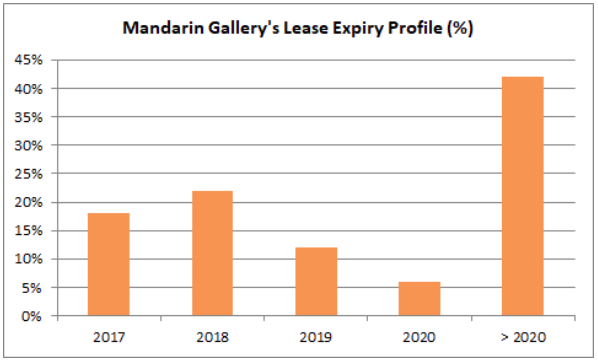 OUE H-Trust adopts a distribution policy to declare and pays out at least 90% of its distributable income on a quarterly basis. Over the last 12 months, the trust has paid out 5.23 cents in DPU. If it is able to maintain its DPU at 5.23 sen for the next 4 quarters, its gross dividend yield is expected to be 5.94%.

For further enquiries or to request for additional investment information on OUE H-Trust’s Investors Relation matters, you may contact: